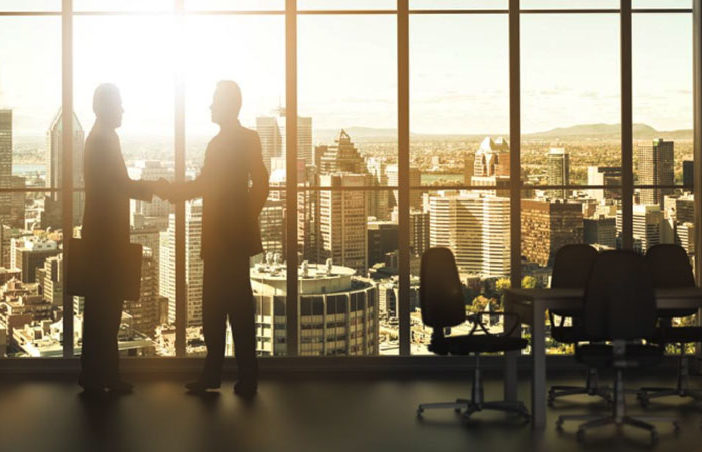 Newly elected members of the Board of Directors at the Annual General Meeting on 6 April 2020:

Mr Dimitriou has 30 years’ experience in the pharmaceutical and biotech industry. He is a co-founder and CEO of ImmuPharma plc, a biotech company listed on AIM of the London Stock Exchange since 2006. His past roles include Senior Director, Worldwide Business Development at GlaxoSmithKline, where his responsibilities included worldwide corporate deals with pharmaceutical and biotech companies. He held a similar role in Europe for Bristol-Myers Squibb. Prior to that, he spent 8 years at Procter & Gamble in senior marketing, R&D and business development positions and began his career in marketing at Novartis in 1987. He is also the founder and President of Dragon Finance AG (Zurich) and DyoDelta Biosciences Ltd. (London), two advisory companies specialising in life sciences. He has 2 degrees from the University of London – a Bachelor’s in Biochemistry from Kings College and a Master’s in Pathology from Imperial College Medical School. He is a Member of the British Pharmacological Society, the British Neuroscience Association, the British Society for Immunology, and a Fellow of the Royal Society of Chemistry, the Royal Society of Biology and the Institute of Biomedical Science.

Mr Werlé is the Founder of the international investments company Quantrum AG with over 20 years’ experience on the Boards of companies in a range of industries, including food and catering, medical tourism and luxury hospitality, and asset management. Currently Mr Werlé serves as Vice-Chairman of Nimo Holding AG; Chairman of Asserta Management AG and of Grand Resort Bad Ragaz AG. He is also a Member of the Board of Directors of Cat Holding AG and FORMIA Asia Pacific (a Hong-Kong based company). Past positions include: Board member of Swiss Post, Vice-Chairman of the specialty food company Aryzta (2008), CEO of the Hiestand Group and of SAirRelations. Mr Werlé Studied Business Management at the University of Applied Sciences of Frankfurt/Main, Germany and began his career at Deutsche Lufthansa AG.

Mr Wirz can look back over a 40-year career with Nestlé Group in different positions of responsibility, including leadership roles in finance, accounting and operations in a number of South American countries, the UK and Spain. He served as Chief Financial Officer and Senior Vice President of Nestlé S.A, Switzerland and was a Director of Nestlé Health Science S.A. Past positions also include Board member of Nestlé Capital Advisers, Intercona Reinsurance AG, Alcon Inc. (US listed) and SIX (Swiss Stock Exchange). Currently Mr Wirz serves as Director and Head of the Audit Committee of SICPA Holding SA. Mr Wirz obtained a BA in Business Administration from Lucerne, and completed the Programme for Executive Development at the International Institute for Management Development (IMD), Lausanne.

The information on this website does not constitute commercial, legal, tax or other advice, nor may investment or other decisions be taken based solely on this information. Prior to any investment decision it is recommended to obtain financial advice from a qualified professional.

The information on this website is not intended for distribution to, or use by, any person or entity in any country or jurisdiction where to do so would be contrary to law or regulation or which would subject the Company to any registration requirements within these jurisdictions. Please consult in advance the relevant laws and restrictions in effect at your place of residence and applicable to you.

Risk warning – The value of investments and the income from them can go down as well as up and you may get back less than the amount invested. Please refer to the risk factors in the prospectus for general and specific investment risks related to the Company.

ESGTI AG assumes no liability for the unauthorised use of this website. By clicking “Proceed”, you confirm that you have read and understood this information and agree to comply with the Terms & Conditions of this site.